Shreveport, LA – July 2015: The Junior League of Shreveport-Bossier is pleased to announce Catherine Clayton and Madeline Mays as its 2014-2015 scholarship recipients. Both were chosen for their academic achievements and service to their communities.

Catherine Clayton graduated from Airline High School this year with a 3.85 GPA. This fall, she will attend Texas A&M University, where she plans to major in Political Science and possibly then proceed to law school. She served as a Girls State Delegate, Sophomore Class President, Student Body Secretary, Senior Class President, National Honor Society Vice President, and History Bowl Team Subject Captain, and she has been a member of both the swim and track and field teams. She has spent more than 500 hours over the past six years serving the local community in a variety of capacities including juror and prosecuting lawyer for the Teen Court program, helping teach Vacation Bible School, serving as a DARE Role Model, and participating in four youth mission trips.

Madeline Mays graduated from Loyola College Prep with a 4.4 GPA. She will attend the University of Arkansas Honors College in the fall. She played competitive club soccer, Loyola Varsity Soccer, and Loyola Tennis and participated in an impressive list of extracurricular activities including Mu Alpha Theta, Beta Club, Key Club, National Honor Society, Junior Class Vice President, and Key Club Vice President. Most importantly, she has dedicated herself to serving her community. She has been very involved with Flyers Aiding the Hungry (FAiTH) and served as an officer of this organization, which provides families with food and children with gifts during the holiday season. She also volunteered as a soccer coach, volunteered with the Volunteers of America, volunteered at the Revel, and participated in mission trips to Haiti and South Dakota. One of the things that stood out on her application was her work to help create and organize a fundraiser, on a week’s notice, that raised funds needed to send 125 first graders from J.S. Clark Elementary on a fun field trip to the Dixie Corn Maze. 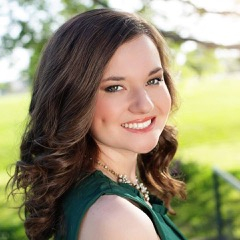 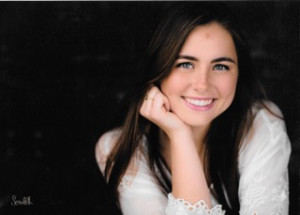